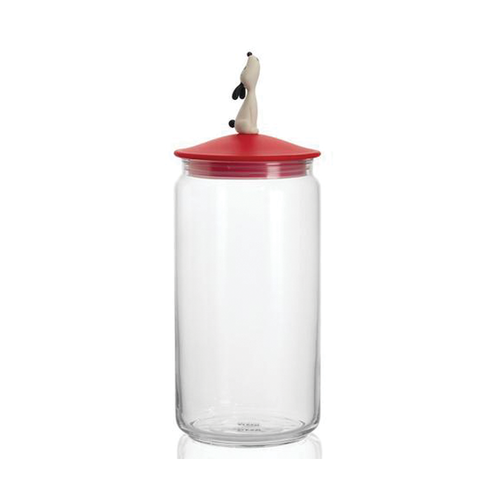 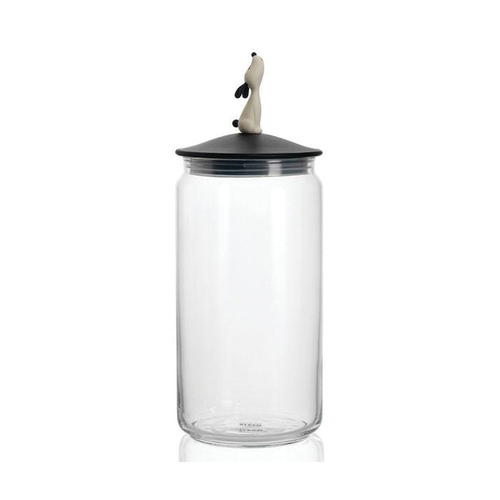 Jar for dog food or treats in glass with lid in thermoplastic resin, black and red.